1 U PLATFORMS WITH NODES OF 2 PROCESSORS

They are the first in memory expandability are allowing up to 144 GB and 64 GB Nehalem Opteron.

Each GPU includes 240 cores, which gives the system a power of 2 teraflops. Thus, these stations calculation becomes a new dimension in performance. Scientific applications that focus primarily include fluid dynamics, geographic information services and marine engineering, life sciences and the Human Genome and oil and gas research. 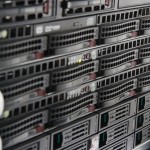 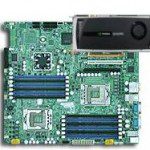